No Leverage Without Authority? Comparing the Effectiveness of International Organizations Across GLOBE Issue Areas

No Leverage Without Authority? Comparing the Effectiveness of International Organizations Across GLOBE Issue Areas 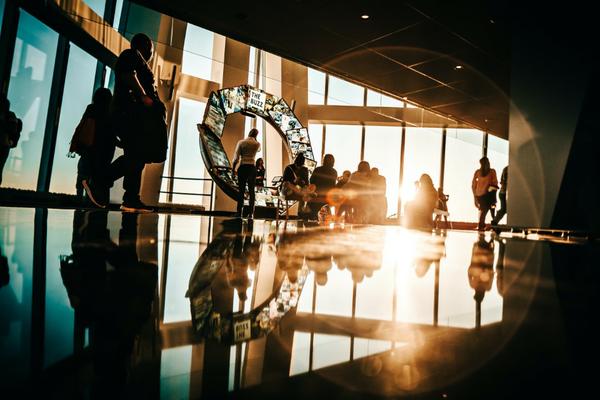 Do international organizations (IOs) matter? As legacy institutions appear increasingly paralysed in the face of pressing global challenges, this foundational question of global governance scholarship is as relevant as ever. There is now a vast scholarship dedicated to exploring if, when, how, and why IOs are effective. Yet, despite major advances, we still lack theoretical and empirical knowledge of trends across different issue areas and institutions. This blog post summarizes key findings from a recent GLOBE report, which sought to generate comparative insights on IO effectiveness across several issue domains, including climate change, development, finance, investment, migration, security, and trade. Findings are based on a comprehensive survey of GLOBE experts and also build on previous GLOBE research on authority patterns in global governance.

There is continued debate over how IO effectiveness can best be conceptualized and operationalized in light of major methodological challenges. Conscious of the pitfalls of fixating on any single approach, we use three distinct but complementary conceptualizations of IO effectiveness:

Results from the GLOBE expert survey suggest that, when it comes to constitutive effectiveness, almost all IOs must navigate the tension between policy ambition and broad-based membership support. Across issue areas, this tension has grown in the wake of global power shifts, with emerging economies demanding a greater role in global governance institutions. Survey results also show that ambitious policy outputs do not guarantee ambitious outcomes. For example, the ‘Responsibility to Protect’ doctrine in international security reflects a normatively powerful idea – that the international community should intervene to prevent mass atrocities if national governments fail to do so – yet, in reality, its application has been highly selective and controversial.

With regard to compliance, few IOs are able use conditionality or (threat of) sanctions to ensure that states stick to the rules. While we may expect those IOs which are endowed with formal compliance powers to be consistently more effective at inducing compliance, survey results would appear to qualify such claims in light of contextual and political considerations, from the vagaries of selective application (e.g. UN Security Council) to the unintended consequence of compliance action which reinforces institutionalized power disparities (e.g. World Bank), thus inviting resistance, contestation and potential counter-institutionalization. Survey results also suggest that compliance alone provides only partial insight into the effects of IOs on state behavior. For example, the effectiveness of the Paris Agreement on climate change hinges not just on formal compliance with procedural obligations but, most consequentially, on whether these procedures galvanize higher ambition that is subsequently enshrined into concrete domestic laws and policies.

Reflections on the ability of IOs to deliver global public goods present an equally mixed picture.  Perhaps unsurprisingly, survey results suggest that IOs whose policy functions are limited and/or who bring together a relatively small and like-minded group of stakeholders are more effective in terms of achieving their stated goals. Examples include expert-driven IOs such as the Intergovernmental Panel on Climate Change (IPCC) or the Bank for International Settlements (BIS). Survey results also corroborate the sense that IO effectiveness has decreased in recent years, at least in some issue areas. The WTO, for example, is facing backlash on several fronts, significantly reducing its ability to make and implement trade rules. Interestingly, this backlash is partly rooted in the perception that the WTO has historically been too effective at constraining state behavior, compelling powerful states (notably the United States) to comply with adverse rulings.

Our report also explores the consequences of variation in institutional design for IO effectiveness, with a particular focus on the level of authority IOs enjoy across key policy functions. Authority refers to an IO’s ability to make autonomous decisions and influence state behavior through binding policies and rules. As data from the International Authority Database suggests, authority varies significantly across IOs and issue areas but also across the different policy functions an IO may be expected to perform, including agenda setting, rulemaking, compliance and performance monitoring, norm interpretation and dispute settlement, enforcement, and knowledge generation.

The prevailing expectation is that deep or constraining IOs, i.e. those with high levels of discretionary authority, are more likely to induce behavioral change by states in line with global policy goals. However, survey results suggest that states rarely endow IOs with the authority necessary to effectively address global problems. More precisely, IOs often enjoy a degree of discretion and leverage with regard to policy functions such as agenda-setting and rulemaking but tend to have much less ‘bite’ in sensitive areas such as compliance monitoring or enforcement. There are, however, important issue-area specific differences and not all policy functions are equally vital to all IOs. For example, norm interpretation is a central function of the WTO and the International Centre for Settlement of Investment Disputes (ICSID), given that both IOs have standing adjudicatory mechanisms, but this policy function is less critical to the effective functioning of other IOs.

In many issue areas, the lack of a highly authoritative ‘core’ institution has resulted in fragmentation and the growth of less formalized, often overlapping governance arrangements. A key empirical question is whether this changing governance reality undermines international efforts to produce ambitious outputs, coordinate state behavior, and create global public goods. While survey results indicate that formal authority matters, they also point to strategies through which less authoritative IOs may maintain focality and carve out new pathways of influence. Notably, facilitative orchestration has allowed some IOs to enlist intermediaries – including non-governmental organizations or private sector actors – that are better placed to fulfill specific policy functions and/or induce behavioral change in line with global goals.

Finally, survey responses also point to several key cross-cutting barriers to greater effectiveness, notably political conflict, legitimacy concerns, and problem complexity. While political conflict is not new, it has arguably grown in some domains, such as trade and migration, with global consensus on rules and norms eroding due to domestic politicization and heightened issue salience. Relatedly, issues of legitimacy have come to the fore where IO structures and procedures fail to account for growing multipolarity and appear far removed from domestic constituencies (input legitimacy) and/or where IOs’ ability to yield tangible and fair outcomes is seen to be waning (output legitimacy). The latter is often related to problem complexity, evident, for example, in growing overlap and interaction between issue areas, constantly evolving governance realities, and highly ambiguous cause-effect relationships. Climate change – a systemically produced problem with multiple interrelated causes and no one-size-fits-all solution – is an emblematic example.

In summary, our report demonstrates that the effectiveness of IOs is constrained by a range of factors, including low levels of authority across certain policy functions, but also larger underlying trends. These challenges are often interrelated and not easily resolved. For example, because complex problems are evolving and ambiguous, they are likely to increase political instability in the absence of clarity on their underlying causes and political will to pursue comprehensive solutions. In turn, efforts to override political conflict through institutional reform – e.g. by introducing majority voting – are likely to heighten concerns over legitimacy and representation. Similarly, increasing IO authority in sensitive policy functions such as compliance monitoring and enforcement could have unintended consequences, sparking contestation and potentially prompting states to withdraw cooperation or disengage entirely. The challenging picture which the survey data paints does not imply that IOs have no means of autonomously influencing state behavior. Yet, given that their formal authority is carefully circumscribed, IOs must engage in the “art of the possible,” using their comparatively strong agenda-setting powers and multiple pathways of influence to contribute to the attainment of globally defined goals.