Who Sets The Rules? Exploring the Role of Intermediaries in the Regulatory Frame

We tend to look at regulation as a two–parties interaction between regulator and regulatees. However, as with most things in life, reality proves to be more complicated than expected. This is especially true in transnational governance.

In this blog post, based upon a soon to be published article by Professor David Levi-Faur, we would like to introduce a very important third party – the intermediary. We will outline the role and importance of intermediaries, as well as different ways in which they can be created, through the example of banks as intermediaries against their will in the world of money laundering regulations.

Intermediaries play many roles in the regulatory space between the regulator and the regualtees; they might provide expertise and feedback to facilitate implementation, monitor the behavior of regulatory target or help build communities of assurance and trust between parties. Intermediaries might be for-profit companies, governmental and intergovernmental agencies, and other non-governmental organizations (NGOs). One example of intermediaries are the NGOs in the fair coffee trade world. In this world, the regulators are the bodies that decide what qualifies as fair trade coffee, and the rule takers are the coffee companies. The NGOs act as intermediaries by supplying certifications and labeling for companies that qualify as sellers of fair trade coffee. Their role is critical for the legitimacy and effectiveness of the regime. Another less obvious example is teachers, who in many countries have to report abuse and neglect of their pupils even if clear evidence is lacking. 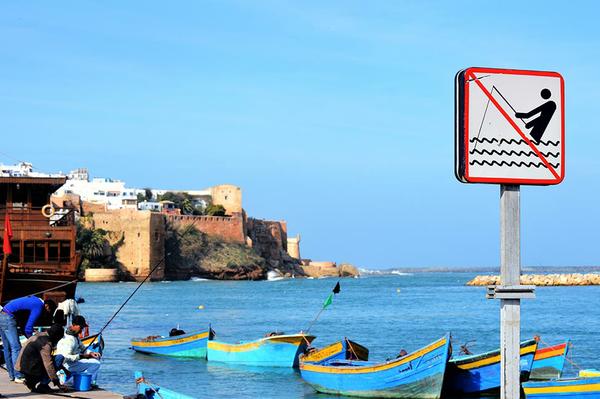 Looking at the process through which the banks became both the intermediaries and the rule takers of the regulations against money laundering outlines the complexity of regulatory systems. Money laundering is the process of disguising the origins of money made illegally by moving it into the financial system or using it in economic activity. In the last century the police, mainly in the US, realized that in many cases criminals whose main criminal activities couldn't be proven could be put to jail due to financial crimes. This technique was used against Al Capone, a famous murderer and alcohol smuggler in the 1920s, and it is used against Al-Qaeda today.

The US needed banks' support to catch the criminals, and in 1970 it passed the US Bank Secret Act of 1970 (also known as the Currency and Foreign Transaction Report Act), which required banks to report suspicious activity to help American agencies detect and prevent crime. This step was not accepted by The California banking association, which appealed to court claiming the process violated people's right to privacy, but the courts have rejected the appeal. This was the first step of banks becoming an intermediary between the governing body and those who conduct money laundering.

In 1977, in the case of United States vs. Beusch, the president of a financial service firm was fined 5000 dollars, as well as fired, for failing to report currency transactions. His firm was fined as well. As time went by, and as regulations were added, the fines enacted upon bank personas not obeying the rules have increased, and jail time was added to them. Today, fines stand on millions of dollars. As a result of this regulatory regime, banks developed compliance procedures and money laundering programs, trained people, developed tests and accepted external monitoring and more generally carried considerable compliance costs. In other words, the regulations worked, and banks have accepted their role as intermediaries and rule takers.

The case of the banks and the money laundering regime outlines the importance of the three party system analysis of regulations. In this case it is impossible to ignore the role of the bank, and analyze simply the roles of the regulators and of those who conduct money laundering, without missing an integral part of the story. This case also illustrates the way in which bodies can move from position to position, and sometimes hold more than one position in the game of regulation – just like the banks started as intermediaries, and are now both intermediaries and rule takers.

It is also worth noting that in this case, the role of intermediaries was forced upon the bank, a process called "Responsibilization". This brings into question the level of freedom of all bodies involved in the world of regulations, and specifically their motives for compliance.

So where do we go from here? There is much more to explore in the field of regulations, and specifically regarding intermediaries. We should question the reasons and timing of their emergence, their level of autonomy, and their contribution to the regulatory frame. We should look for them even in the cases where it seems like they don't exist, and we should search for ways to improve regulatory systems at the global and other levels, using them.

David Levi-Faur is Professor at the Department of Political Science and the School of Public Policy at the Hebrew University of Jerusalem. He is also a founding editor of Regulation & Governance, a Wiley-Blackwell's journal, that aims to serve as a leading platform for the study of regulation and governance in the social sciences.