There are several systemic issues that plague the multilateral trading system. Issues relating to the nominations to the Appellate Body, the Doha Development Agenda, transparency and notification issues, trade and environment, trade and labor, trade and health, are just the tip of the iceberg. Several members of the World Trade Organization (WTO) consistently contribute to keep the system moving forward. One such Member is the European Union (EU). In a recent journal article (co-authored with Prof. Jan Wouters) published in the Journal of European Integration, we aim to analyze the role of the EU in global trade governance, and examine the potential of the EU to diffuse norms and the challenges that it might face. While much of the scholarship discusses very specific issues, the aim of this paper was to provide a bird’s eye view of the current progress and proposals of the EU. 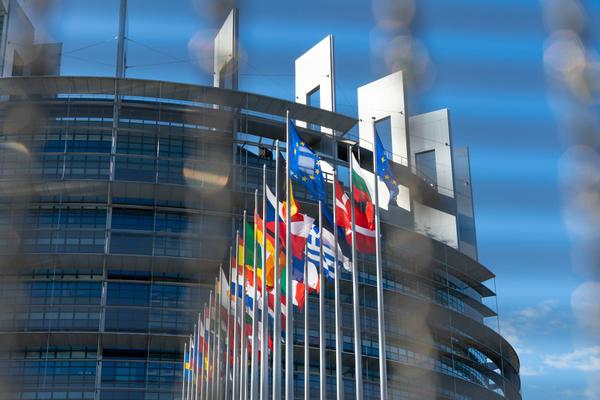 The EU’s efforts can be traced on three trajectories: i) the multilateral forum – the WTO; ii) international cooperation outside the WTO; and iii) unilateral measures taken to strengthen the domestic mechanisms for international trade.

At the WTO, the EU’s efforts can be traced predominantly in the areas of dispute settlement mechanism as well as the negotiating forum. With respect to the dispute settlement mechanism, the EU has attempted to secure more support to restore the AB from other Members. However, the United States’ (US) strong opposition has made it impossible to operationalize the AB. In order to ensure that the mechanism is functioning, the EU, along with some other WTO Members like Canada has set up a Multi-Party Interim Appeal Arbitration Agreement (MPIA) which operates as a stopgap measure, at least until the appellate mechanism is revitalized (in whatever form). On the negotiating side, it has become extremely difficult to achieve consensus among 164 WTO Members, considering that interests of these Members vary drastically on many issues (with the exception of the recent 12th Ministerial Conference held in June 2022). Due to this, several Members, including the EU have initiated open plurilateral negotiations through Joint Statement Initiatives. However, these initiatives come with challenges. Certain Members like India and South Africa have attempted to block these initiatives, by claiming that they violate the letter of the WTO Agreement, and that the multilateral way is the only way forward.

In order to regulate international trade, and to circumvent the blockage at the WTO, the EU has accelerated its international cooperation outside the WTO with likeminded countries. It has signed free trade agreements (FTA) with several countries such as Canada, Singapore, and Viet Nam. Disputes under these agreements have also picked up, such as disputes under EU-Korea FTA, EU-Ukraine FTA, EU-Algeria FTA, and the most recent one under the EU-Southern African Development Community Economic Partnership Agreement. There are also non-binding cooperative mechanisms such as the EU-US-Japan trilateral dialogues to tackle new-age industrial subsidies and state-owned enterprises (predominantly to tackle the Chinese model of state-capitalism) and the EU-US Trade and Technology Council. Moreover, the EU is also working to strengthen its domestic enforcement mechanism to absorb the shocks of trade wars. Such measures include the anti-coercion instrument, regulation of foreign subsidies, cross-border adjustment mechanism (CBAM), unilateral sanctions for violating MPIA rulings, regulation on import of deforestation-free products, and countervailing transnational subsidies.

In this paper, we have highlighted how the EU has not only been working at the multilateral forum – the WTO, but actively pursuing international cooperation with likeminded Members, as well as adopting unilateral measures to strengthen its domestic enforcement mechanism. It will face several challenges along the way. However, there are also several likeminded Members who aim to reform global trade governance in a similar trajectory as the EU.

Vineet Hegde is a Doctoral Researcher at the Leuven Centre for Global Governance Studies, KU Leuven, Belgium. He is also a researcher for the Horizon 2020 project Global Governance and the European Union: Future Trends and Scenarios (GLOBE).