Between status quo and radical change. The role of China and the emerging powers in global financial governance

Since the 2008 Financial Crisis there have been multiple debates about the challenges faced by the United States in its financial hegemonic role, particularly, since the rise of China and other emerging countries as financial powers. Having this debate as a starting point we ask ourselves the question:

What is the current situation in terms of distribution of power in the financial governance? What are the strategies that the emerging powers are deploying to challenge (if so) the rules of the liberal order?

The traditional debate in the field of International Political Economy has focused on two main explanations. The status quo trend suggests that the United States has established strong economic institutions, which also benefited China, so, creating an alternative order would not be feasible. In contrast, other scholars understands that the rise of China and other emerging powers will bring a radical change in the financial order. We propose a third way. The transformation of the global financial governance unfolds between the extreme of radical change and the complete maintenance of the status quo, since China and the financial emerging powers acts both as norm takers and norm shapers.

In this sense, the behavior of the emerging economies has changed over time, shifting from a defensive approach to the international financial institutions and relations, to a more offensive one specially after the global financial crisis of 2008, when a window of opportunity opened for a more proactive role in the international arena. The explanatory variables of the changes produced as a consequence of the economic rise of China, in particular, and the BRICS bloc in general are based on the distribution of political power and the power of ideas. Currently, the shifting global order is defined by a coexistence of the traditional institutions of Bretton Woods such as the IMF and the World Bank with the rise of new financial institutions -such as development banks-, arrangements -i.e. bilateral and multilateral swap arrangements-, and strategies -notably the Chinese Belt and Road Initiative- which unfolds at bilateral, regional and global level. This reflects the idea of a multiplex order, described by A. Acharya as a more regionalized, decentralized and multilayer order. 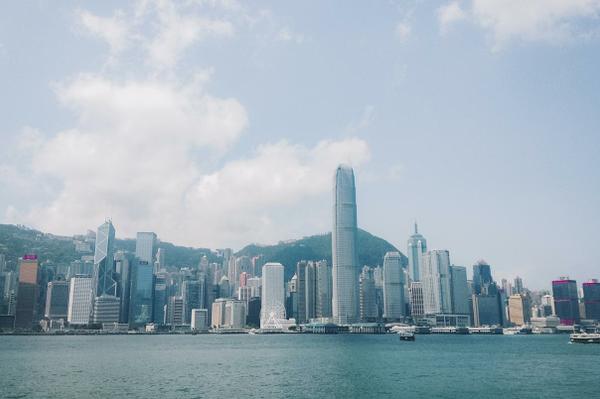 As we explained before, both China, as the main leader of an alternative order given its growing reserves and financial and monetary resources, but also the emerging markets, such as the rest of BRICS bloc, have deployed a combination of different financial statecraft strategies to confront the financialized world order. In the bilateral level, it is worth noting the continuing internationalization of Chinese renminbi, propelled by its inclusion on the IMF’s SDR basket, several bond issuances denominated in that currency, and 35 bilateral swap arrangements equivalent to 500 billion USD dollars signed between the China and other central banks both from developed and developing countries, according to D. McDowell. This are examples of offensive bilateral financial statecraft strategies since it allows the RMB expansion, the reduction of exchange rate risk that Chinese firms faces, and leverage Chinese banks in the global financial system.

Considering regional strategies, a clear example of a defensive one is the BRICS Contingent Reserves Arrangement established in 2014, where Brazil, Russia, India, China and South Africa funded a reserves pool to support liquidity in front of balance of payments crises. This reserves agreement aims to provide liquidity of the members without the necessity to appeal to the International Monetary Fund, showing a clear defensive aim. At the same time, the same countries forming the BRICS created a regional offensive strategy like the New Development Bank (NDB). The aim of the NDB is to mobilize infrastructure and sustainable financing development in the BRICS and other developing countries, taking into account the national and local characteristics of development processes. The main idea was, in other words, to create a development bank that represents an alternative to the World Bank and the domination of the United States in the Washington based institutions.

In a more systemic dimension, the Asian Infrastructure Investment Bank  (AIIB) is a multilateral development bank created in 2014 with the aim to promote connectivity and economic integration in Asia. However, even when the Bank started with a regional intention focused on Asia, it expanded to 103 member states from all the regions in the world, including 23 European countries (of which 17 are founding members). China still retains veto power in this institution and always noted it involvement with the BRI Initiative, so appeared as defying established official development financial institutions and rules, but in practice, the AIIB is working in close cooperation with the World Bank and the Asian Development Bank, demonstrating that the relationship between competing institutions can be also cooperative.

A very interesting example to show how Chinese development financing started as a more defensive approach to financial statecraft to a more offensive one is the Chiang Mai Initiative, launched in 2000 as the first currency swap arrangement in Asia between ASEAN plus China, Japan and Korea. The aim of Chiang Mai was to address liquidity difficulties of the region after the 1997 financial crisis. The arrangement went from a multilateral reserve pool (in US dollars), which needed an IMF endorsement when certain thresholds where exceeded, to its institutionalization in 2010, which included raising its amount and establishing a research department that will eventually allow to define conditionality without appealing to the IMF.

Regarding the Global South, in South America there has also being attempts to challenge the existing global financial order. In the cases of initiatives like ALBA and the Bank of the South, the aim of the countries was to challenge the American hegemony trying to create independent sources of regional funding, however, the lack of coordination, the internal problems of each country and more limited financial resources made this strategy and institutions to stuck.

Global financial governance appears to be in a period of transition characterized by the coexistence of the traditional Bretton Woods institutions with new institutions and arrangements propelled by developing countries to defend themselves of financial volatility or to project power and reshape financial order. These new institutions sometimes confront the traditional ones, but as Chiang Mai and AIIB shown, they can also have cooperative projects with the IMF and the World Bank respectively. Power transitions and order reshaping periods are not linear, so China and the emerging powers try to maintain the rules and institutions which consider functional, while they challenge -still at slow pace- the ones that are not.